About Krav Maga Point Loma in San Diego with IKM

The world we live in contains a lot of beauty and kindness. However, there are often occasional incidences which require people to know how to defend themselves. Knowing how to defend yourself is key when someone’s aim is to hurt you or take something from you. There are many different ways to do this. Many places, especially in California have training classes that people can attend in order to enhance their self-defense knowledge. However, taking one of these classes solely to hurt other people is a bad way to approach the art of self defense. Contact Benjamin Halcewicz for more on Krav Maga Point Loma at (858) 349-8795, classes starting now, sign up online for special pricing! 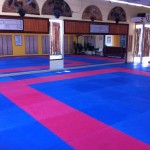 It is true that many people turn to self-defense training in order to protect themselves from attackers, but it can also be a relaxing and fulfilling hobby to have. One of the most interesting and powerful types of self defense is Krav Maga. Krav Maga is a form of self defense that incorporates techniques from many other types of self defense, namely Muay Thai, Wing Chun, jui-jitsu, wrestling, Judo, grappling, boxing and savate. It was developed by the Israeli military with the sole purpose of disabling opponents with extremely effective and brutal counter attacks.

The idea behind Krav Maga is to disable, not to maim, hurt or kill. It is used to disable a threat. There are many facilities in Point Loma that teach Krav Maga, however, the most trustworthy institution that will give you your money’s worth is IKM Point Loma. IKM focuses on providing excellent training with instructors who are masters of the Krav Maga Point Loma way. The facilities at IKM are second to none and allow for plenty of room when trying to practice skill sets. IKM Point Loma is the perfect place for beginners as well as more advanced students to learn and grow in a peaceful environment.

Benjamin Halcewicz is an instructor at IKM Point Loma. He is highly proficient in Krav Maga and is well respected in the Point Loma martial arts community. He got his start in the world of martial arts at the young age of 5 in Paris, France, training under his father who was a 7th degree black belt in karate and expert 1 in Krav Maga. Benjamin then made his way to Point Loma at 22 years old and discovered Krav Maga. He then trained for 10 years studying and perfecting his technique. His dedication to the craft of Krav Maga has gained him notoriety, recognition and honor among those in the Point Loma area. As owner and head instructor at IKM Point Loma, he is dedicated to making sure that all students learn and flourish as much as possible.