Home »  self defense san diego »  Self Defense: You Never Know When You Will be Attacked

On June 8, 2015, Posted by IKMAdmin , In self defense san diego,self-defense carlsbad, With No Comments 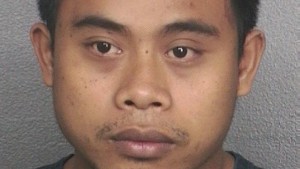 The article below from Martha Belisle from the Associated Press was published last week, letting us know that a victim is suing the cruise company for failing to screen employees! The original incident serves as clear indication that sexual attacks can happen anywhere — even the companies you have entrusted with your well-being can have a lapse in judgement. It is time to take matters into your own hands.

The original story is about a women passenger who was attacked while on a cruise. The attacker, Ketut Pujayasa, turned out to be an employee of the cruise company; and after a trial was sentenced to 30 years in prison for the devastating sexual attack! Read more about the sentencing here…

Learn Krav Maga and don’t give an attacker a chance! Call (858) 349-8795 to schedule a “live” self defense demonstration today! Of course, the lawsuit may be warranted, but you should be ready to protect yourself, and your loved ones, at all times!

SEATTLE (AP) — A woman who was assaulted on a cruise ship has filed a federal lawsuit against Holland America claiming it fails to oversee its workers and provide adequate security.

The lawsuit filed in U.S. District Court in Seattle claims the woman had gone to bed on the night of Feb. 13, 2014, when a room service attendant attacked her after hiding in her cabin.

When she resisted, the attacker beat her up and tried to throw her overboard, the lawsuit says.

It also claims the cruise line provides its room service attendants with master keys to cabins but doesn’t properly screen them. In addition, it says people onboard get the front desk, not security, when they call 911.

The ship was off the coast of Honduras at the time of the attack. The cruise was part of a roundtrip from Fort Lauderdale, Florida.

Holland America, which bases its U.S. operations in Seattle, responded with a statement saying passenger safety is their top priority and to the knowledge of company official, nothing like it had happened in the firm’s 142-year history.

“We are terribly saddened that this event occurred,” said spokeswoman Sally Andrews. “Our thoughts, prayers and support remain with the victim and we are committed to a fair and collaborative resolution of this tragic event. It is right that justice prevailed and the perpetrator was sentenced accordingly.”

John Hickey, a lawyer for the victim, said the attack was a woman’s worst nightmare. The woman, who is from Michigan, was not named in the suit.

The worker pounced on the woman and used heavy objects in the room to hit her on the head and a telephone cord to strangle her, Hickey said.

The attack lasted more than 45 minutes, he said. When she finally broke out of the room, she ran into other passengers who had congregated in the hallway in response to her screams, he said. Her “face and arms were covered with blood, and she was half-naked,” he said.

Hickey said the attacker, Ketut Pujayasa, was arrested and charged in U.S. District Court in Miami. He pleaded guilty and was sentenced to 30 years in prison.

The lawsuit claims there is a delay in security personnel response because of Holland America’s 911 procedures.

When cruise personnel finally arrived outside the cabin, it was a front desk worker who did not have a key to the cabin, Hickey said.

“That is, Holland America allowed the perpetrator, a junior room service attendant, who beat and attempted to murder the passenger, to have more access to room keys and thus to cabins than the person responding to an emergency onboard,” Hickey said.

The lawsuit is seeking unspecified punitive and compensatory damages.