San Diego news viewers became worried when North Park residents were on the lookout for a perpetrator who was groping and attacking women as they walked alone at night. Sadly, this went on for weeks!!! 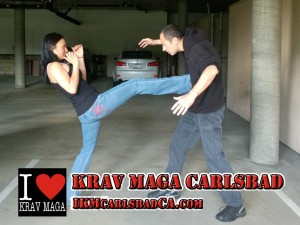 As the number of days without a possible lead increased, so did the number of inquiries about women’s self defense. Several moms, if not all of them, were also worried about their teenage daughters. In fact, anyone who watched nightly news became increasingly worried. As Benjamin Halcewicz explains, “This is why Krav Maga Carlsbad was started; to give families the ability to feel safe and walk in peace.”

Today, the internet is filled with articles on how Krav Maga is gaining popularity amongst teenage girls.

Interestingly enough, some news focuses on the victims! Not the Krav Maga student but rather at the recipient of such self defense techniques. Though we find that rather odd, it is something all beginners need to be aware of.

We found this following article very interesting; as Australia Criminal Lawyers were going after some of the “victims” — those who used Krav Maga against their perpetrators:

Start your Krav Maga training by calling instructor Benjamin Halcewicz at (858) 349-8795. Whether you wish to be part of a full class or purchase an personalized and private lesson plan, it’s time you try the most effective form of Martial Arts.