Home »  karate-carlsbad »  Karate as Self Defense 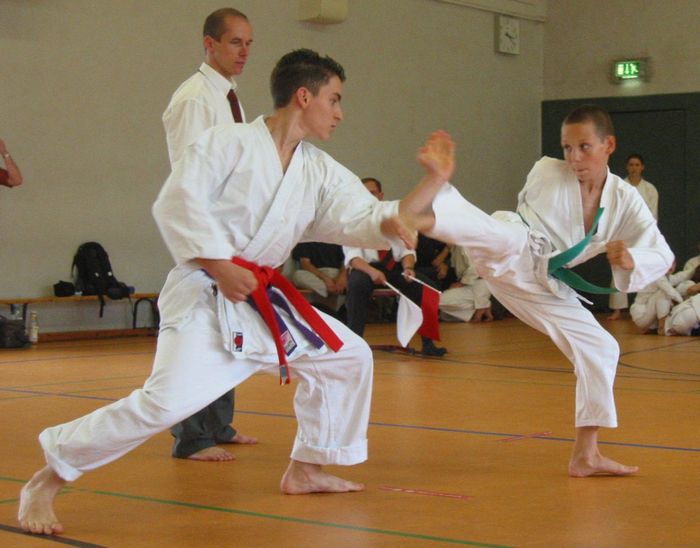 Students often ask if Karate would be a good alternative to Krav Maga. After potential customers asked the same question, we thought it would be a good idea to prepare a blog post to help you decide which self defense technique is best for you.

If you have found this page, it is quite possible you have already done some research on Karate. As such, you probably already know that Karate is a Japanese martial art. Its training is focused on the development of self defense and counter-attacks through various body movements. Today, Karate is widely advertised and practiced as a sport and most of the advertising is aimed at parents with young children. We have found that while some parents want to keep their kids active, most are interested in making sure their kid can get out of a dangerous situation. Especially when presented with the alternatives. “Karate kids” will undoubtedly learn self defense but as you read below, a few seconds can be the difference and result in a totally different scenario. If you have a “Karate kid“, you know all students are required to wear a traditional uniform with no shoes (i.e., be barefoot). As their skill is developed, students will earn a colored belt that represents their new acheived skill-level. With this strict practice in mind, there is truly only one similarity to Krav Maga; and that is that Karate is considered a weaponless self defense system.

Regardless of the similarities or the differences, Karate is probably the most widely practiced martial art forms in the world. With extreme discipline Karate focuses on precise physical coordination and mental awareness. Unfortunately, unless you become an expert with many years of diligent training, Karate may not be practical in real-life situations. 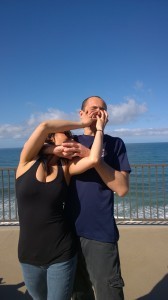 I could sum it up into two words that most people can understand, “Street Fighting!”

Because Krav Maga is fairly new to Encinitas, Carlsbad, La Costa, San Marcos, Vista and the Oceanside communities, we would like to give you a bit of history on this popular self defense system. Krav Maga is a combat style of fighting developed by the Israeli Special Forces. This type of martial arts is becoming extremely popular primarily because it focuses on defending yourself against real-life attacks and more imporantly “street fighting”. With Krav Maga training you will learn self-defense against guns, knives, and other weapons without choreographed fighting moves, without the need of Karate belts, and without the need to know “martial arts philosophy“. You will learn something new every day and from the very first day you will see how what you learned can be applied to real-life situations. This is true for anyone, Ages 7 and up!

It is not our intention to downplay the effort required to earn a Karate belt. We are firm believers that Karate can be a valuable tool, but the fact is that if you take seconds to get into a Karate position to defend yourself, it is more than likely that a real attacker will disable you in less than that. This applies to all types of martial arts, Karate, Dojo, Jiu Jitsu, etc.

First and foremost, we are glad you are looking to learn self-defense. Now it is up to you. We urge you to consider your goals as Krav Maga is designed for real-life situations and unfortunately unless you are in our classroom setting, or fighting against a real-life attacker, you will not be able to show anyone the skills you have obtained. We invite you to read our other posts to see why many action movie stars are turning to Krav Maga to improve their “fighting scenes”

Here are the skill-levels associated with Karate. Kyu is a term used in academic tests to gauge the level of degree/knowledge. A Dan represents 10 levels of accomplishment! As you will note from the tables below, it will take the student much time to earn a black belt status; even so, we are certain anyone who gets there should be proud of the prestige his or her hard work has provided!

Karate Classes for Kids in Carlsbad CA..Parents too!

Our classes are filling up fast. With our Family price options parents can enjoy time with their child while become aware of self defense techniques that can be applied in a real life situation.

If you are serious about self defense, you will want to see all the options we have made available to you. We want you to start quickly and learn fast! While we invite you to take advantage of our unlimited package, we do not want you to feel obligated, especially as a new student. Take a look at our pricing options for self defense classes and choose one of the affordable start-up VIP packages. You will not be disappointed.