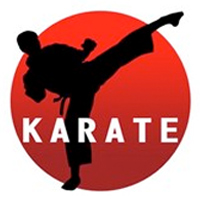 Top level instructors spread shotokan karate all over the world. The Japanese Karate Association (JKA) experienced several divisions from the 1970s onwards. They created the world karate do shotokan academy and the International Traditional Karate Federation (ITKF). The ITKF was created by a prominent Japanese master of shotokan karate: Sensei Hidetaka Nishiyama (October 10, 1928-November 7, 2008) He was an internationally recognized instructor, author, and administrator, and helped to establish the JKA. Nishiyama was one of the last surviving students of Gichin Funakoshi founder of Shotokan Karate. He was based in the United State of America from 1961 until his death in 2008 and was a pioneer of karate in this country. He was awarded the rank of 10th Dan in karate after his death. Nishiyama always refused the rank of 10th Dan because he believed to do so and acquire the highest rank meant that his learning and his life would be over….

International Krav Maga (IKM), founded by Gabi Noah in 2009. Growing rapidly and gaining popularity in its global presence, IKM is active in more than 20 countries. Whether you are a beginner just wanting to learn the basics of self-defense or advanced wanting to refine and perfect your self-defense techniques, IKM offers programs and instruction custom fit for your needs. Specialized courses for Women’s self-defense techniques are also offered so that female students can gain the skills and knowledge they desire and need in a safe and inviting environment. The education provided in any type of class can instill martial arts techniques which can be potentially lifesaving. The difference is that Krav Maga is a real-life self defense system; and the scenarios you will train are like everyday scenarios. We urge you to give Krav Maga a try! Brazilian Jiu-Jitsu (BJJ) is a grappling-based martial art whose central theme is developing the skill of controlling a resisting opponent in ways that force him to submit via chokeholds or joint locks. Due to the fact that control is generally easier on the ground than in a standing position, much of Jiu-Jitsu is centered around the skill of taking your opponent down to the ground and wrestling them to establish a dominant positions, allowing you to control their movement. It was first developed around 1920s by Brazilian brothers Carlos, Oswaldo, Gastão Jr., George, and Hélio Gracie, after Carlos was taught traditional Kodokan judo by a travelling Japanese judoka, Mitsuyo Maeda in 1917; and later going on to develop their own self-defense system called none other than Gracie Jiu-Jitsu.

KRAV MAGA FOR ALL AGES

During the 1930’s Imi Lichtenfeld, was forced to protect both himself and his community against fascists. Which led him to fight like never before. Imi’s was a smart man.

Krav Maga was brought to the US in 1981 and it quickly spiked an interest with the general public, but also with the FBI. It is currently the official self defense system of the Israeli Defense Forces and used by the Israeli police as part of their training system.

International Krav Maga (IKM) focuses on real life self-defense and hand to hand combat situations. It emphasizes stopping threats quickly and getting away safely. Sudents learn to defeat threats and avoid harm through a variety of means or by any means necessary. They learn to never give up.

Krav Maga does not include costs for uniforms or belts (these Self Defence Classes will not add any extra costs). Krav Maga uses only real world situations.

We encourage you to give GMAU a try! The Free Beginner’s program has a 60-day money back guarantee. There has never been a better time to check out online training!

WOMENS JIU JITSU Brazilian Jiu-Jitsu BJJ Womens Jiu Jitsu — Brazilian Jiu-Jitsu (BJJ) is a grappling martial art that has tremendously grown in popularity over the past decade. In recent years, there has been a huge increase in female participants being drawn to the sport. Women are finding the sport…

MAN ATTACKED BECAUSE OF HIS T-SHIRT

Kids Martial Arts Classes Near Me Martial Arts for Kids. In this class, your child will learn how to do awesome martial arts footwork and powerful punches. Great for all children ages 4-12. Whether your children like to train in a group environment or in a private session, your child…

Women’s Self Defense Classes in Vegas

THREATS AGAINST OCEANSIDE SCHOOLS Oceanside, Calif – Several threats were made against three Oceanside, CA schools on Friday, October 14th. Forcing educators and to go on lockdown for most of the school day at the request of Oceanside Police. PARENTS WORRY Steps were taken to sweep the buildings one room…

Karate for Self Defense

KARATE AS SELF DEFENSE With the success of Cobrai Kai on Youtube and Netflix, the question was raised whether Karate is good for Self Defense. The answer is both intriguing and simple. Perhaps you were not aware that Karate is one of the martial arts styles deeply rooted in Krav…

FREE SELF DEFENSE Since the events that occurred on Sept 2, 2022 when Eliza Fletcher was abducted and murdered, Krav Maga classes has taken a special interest in finding self defense classes at absolutely no cost for communities at large. That’s what free means — no cost. This week, we’re…

FREE SELF DEFENSE CLASSES IN BURBANK Burbank, Los Angeles County, Calif. — Crime is increasing across Los Angeles County. LA’s streets — the ones we once adored and now bring back that nostalgic feeling — are a dangerous place to walk for kids and the same for adults throughout California’s…

FREE SELF DEFENSE CLASSES IN GREENVILLE, SC “THANK YOU KRAV MAGA JO!“ I wanted to thank Krav Maga Jo for writing about Eliza Fletcher yesterday. This prompted me to share that my friends who are also avid runners, are eager to attend self defense classes, but many of them cannot…

SELF DEFENSE GYMS AROUND THE COUNTRY Self defense gyms and Martial Arts Schools around the country are reporting an increase in sign-ups. And as we speak with top senseis, professors, and fitness trainers, most are attributing the recent rise to the recent kidnapping and murder of jogger Eliza Fletcher. While…

Free Self Defense Classes in Chicago